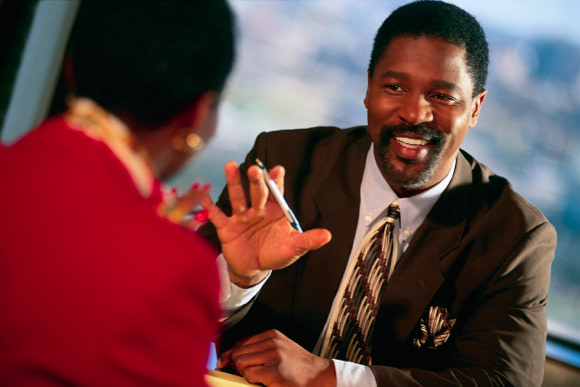 One of the age old questions when giving someone tough feedback is whether it's appropriate to say something nice first, to “lessen the blow” of whatever is coming next. After all, we all want to keep relationships strong with colleagues and employees.

First of all, let's just acknowledge that few people enjoy giving tough feedback. I've shied away from giving tough feedback to people enough times to know that it almost always comes back to bite me even worse in the end. I well remember delaying tough feedback to a class participant a number of years ago in hopes things would resolve themselves…only to see her behavior continue and ultimately cause a major disruption to a multi-month project with a client. When I finally did intervene, it became painfully apparent that a brief conversation weeks earlier would have avoided lots of pain for all of us.

I'm convinced that if we want to lead, we need to tell people what they need to hear, as uncomfortable as it may be. Probably the most common method is to say something nice to the person before moving into the real issue. I can't disagree with the intention behind this. Particularly if we don't know someone well, it's more comfortable to start with something positive and then transition into the tougher issue. However, there are three ways this often goes wrong:

2) The leader doesn't provide any evidence of the positive feedback – if people don't hear specifics from the leader as to why they did a “good job” they may quickly dismiss it as insincere flattery. People don't believe they “did a nice job” unless we show them how.

Pierre Martineau famously said that, “The greatest enemy to communication is the illusion of it.”

Here are two ways to start tough feedback with someone, based upon the situation. The first way is useful if you have rapport with the other party, and the second is useful when you don't.

With Rapport
When you already have rapport with someone, skip the positive feedback. The reason for positive feedback in a situation like this is to build rapport before the tougher conversation. If you have this already, it's not necessary to spend time on rapport building – and you're just as likely to make one of the three mistakes above when trying to give positive feedback first.

When I was a manager, I would walk around our business and often spend time simply pointing out things that people were doing well and giving them specific examples of what I saw that I liked. The first few times I did it, people were shocked…and then they loved it (and told me so). I made this a regular practice so they knew beyond the shadow of a doubt that I noticed that things they were doing well.

When I did need to sit down and give someone tough feedback, two things happened: they knew I wasn't out to get them because I had already demonstrated otherwise many times before, and they often took action to resolve the situation quickly since they knew I cared and wanted to see them succeed…and would notice when they did. I kept positive feedback and tough feedback separate. Over time, this established trust.

A word of caution: You can't do the above overnight (although it takes less time that you'd think) and if you don't have rapport with someone, see below.

Without Rapport
When rapport doesn't exist already (like with a new employee) it's a little jolting to give someone tough feedback without saying something else first. In this case, I agree with Dale Carnegie's advice, “Begin with praise and honest appreciation.” You just need to be sure you do it right and not take it too far.

To give positive feedback, point out something they have done well and then give a specific example of a time or situation where they did this. That keeps the feedback genuine, starts to build some trust, and lessens the chance that they'll perceive it as insincere flattery. Then, move on to the tough feedback. In a ten minute conversation, opening with something positive is, at most, 30-60 seconds. Any longer and you risk them not perceiving the importance of what you really need to say.

Once you've given feedback, this is a critical point to remind ourselves that you don't yet have rapport or trust with this person and that you should start working to build it. There are many ways to do this, but one immediate way is to notice behavior changes from your feedback and recognize them as soon as they happen. Too many leaders put people on ignore when they are meeting or exceeding expectations. Build trust by showing people that ideal behavior gets lots of attention too.

People are different and unique situations arise daily in organizations, but these general guidelines will assist you in starting feedback well and building future leaders.