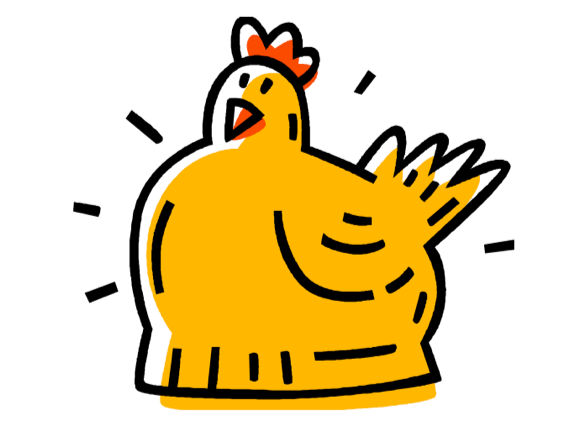 When I was 16 years old, I got my first job at McDonald's. My dad worked for the McDonald's Corporation for many years and I had (and still do) a deep respect for the values and work ethic of the company. I worked hard there. I learned fast that you never stand around with nothing to do in a McDonald's restaurant. I began to appreciate how to handle tough customers. And yes, as my family likes to remind me, I even once accidently stepped in a bucket of grease.

Overall, it was a great first job. I made money. I gained valuable life skills. It gave me confidence that I could contribute to the world.

What I didn't do (and couldn't have known how to handle at that age) was respond to a big political firestorm swirling around the restaurant where I worked and fielding both fans and protestors on opposite ends of a hot issue. Nor did I even have much clue on where I stood on the controversial topics of the day.

Like many people, I have my views on gay marriage and other hot topics…but you won't get them here. The small number of people who genuinely care about my views on these things already know them, and you're not reading this article because you want a lecture on either. This article is about the larger leadership lesson.

You probably already know the story. Dan Cathy, president of Chick-fil-A, gave an interview recently where he expressed support for traditional marriage. Undoubtedly, you have seen and heard both supporters and protestors that have rallied in response to this. However, what's been left out of the firestorm of recent media coverage is how this all has affected Chick-fil-A's customers and employees.

Despite my love of McDonald's when I eat fast food, I crave Chick-fil-A sandwiches. I've been known to lick the Chick-fil-A sauce right out of the plastic tub (just ask Bonni). And the cows? Seriously adorable. Brilliant marketing. If you don't believe me, check out how many people follow the Chick-fil-A cow fan page on Facebook.

And of course, the people who work at Chick-fil-A are so polite that it's nearly impossible to imagine getting angry at them.

Yet, that's exactly what's happening across America. Thousands of Chick-fil-A employees have found themselves – willing or not – as pawns in a religious and political firestorm of media coverage, appreciation days, and protests at their stores. Customers who love Chick-fil-A food are now perceived to be making a political or religious statement when buying a chicken sandwich.

Thousands of people are cheering on Chick-fil-A employees for taking a stand on traditional marriage (some whom undoubtedly disagree with Dan Cathy's beliefs) and thousands more are protesting against eating at Chick-fil-A, potentially affecting the current and future jobs of Chick-fil-A employees who had nothing to do with the controversy.

Leaders have a responsibility to engage and develop their people – to bring out the best in them and to make wise choices that will advance the mission of their organization. So, it's reasonable to ask this question: Did Dan Cathy's comments help his company achieve their mission to “be America's best quick-service restaurant?”

Setting aside whether I agree with his beliefs or not, Cathy wasn't itching for a fight. If you read the full interview he gave and his comments in context, it's apparent that he was responding to a question about the organizations that Chick-fil-A supports. Gay marriage wasn't the topic of the chat. It's doubtful that he went into the interview intending to express his views on marriage or to set political policy for Chick-fil-A…and unlikely he predicted the firestorm that came after it.

It's not news to anyone that Dan Cathy the private citizen supports traditional marriage. It's news because he also happens to be the president of a highly respected company. Although those two roles are different, most people don't make that distinction. In leadership, perception is reality – and it was quickly perceived that Cathy's words were the organization's.

Did Cathy's comments and the resulting response to these comments help Chick-fil-A “be America's best quick-service restaurant?” Doubtful. Has the fallout been a massive distraction to their core business of being a chicken restaurant this past week? Certainly.

So, do I think him expressing his beliefs was a mistake? Yes, and leaders make mistakes all the time. Dan Cathy isn't a horrible leader because he expressed his personal beliefs. No, my worry is for the large numbers of people now holding Cathy in high esteem because of his words. This is where I have serious concern for leaders searching for lessons from this controversy.

People are confusing values and beliefs.

Values are universal. They are things that most everyone can agree on. Take honesty for example. Honesty may be something that is of varying importance to people in how they approach the world, but you won't find anyone out there holding protest marches against honesty. Even those who don't value honesty much wouldn't make a case against it.

Leaders should talk about and demonstrate their core values regularly in leadership.

Beliefs may be held just a strongly as values, but aren't universally agreed on. For everyone with a strong belief about their positions on abortion rights, gun control, and gay marriage, you can find someone strongly on the other side.

Wise leaders are careful where they share their political and religious beliefs, particularly if they have a high profile. Once a leader starts putting controversial beliefs front and center, it gets complicated for the organization's employees, their customers, and the leader themselves.

Are Chick-fil-A employees supposed to publically support Cathy? What about individual franchisees who might have different beliefs? How do teenage employees engage protestors at stores? How does a gay Chick-fil-A employee dialogue with colleagues about the issue? What do employees say when asked by their friends and family if they disagree with Cathy?

What about customers? I like Chick-fil-A food…but am I now making a religious or political statement when I go there? What if I invite a family member or friend? How do people perceive me if I show up with a Chick-fil-A soda cup at a client site? Suddenly my lunch choice is laced with political and religious overtones.

Leaders make mistakes. Cathy made his by publically expressing religious and political beliefs when religion and politics aren't the core mission of his company. Chick-fil-A so much as acknowledged this, stating in their July 31st press release that, “Going forward, our intent is to leave the policy debate over same-sex marriage to the government and political arena.”

But if your takeaway is that putting your political and religious beliefs front and center is going to inspire people to greatness, then let this be fair warning to you: You will lose customers. You will lose employees. You'll make things uncomfortable for people who you lead…and you'll spend lots of time dealing with things that have nothing to do with your core business. Unless you work at a religious or political organization, it's a mistake to think that the people you lead want to be captivated by your political and religious agenda.

No mater how many press releases Chick-fil-A sends out stating that they welcome everyone in their stores, there is a subset of customers that will never come back. True, that might be a small part of their customer base, but the company now has a stain on a previously untarnished reputation.

If you are a leader, communicate your values openly and often, but be cautious on putting your religious and political beliefs front and center. If you can discipline yourself to do this, you'll vastly improve your ability to be the kind of leader that anyone could follow.

Where do you think leaders should draw the line on sharing their own beliefs? What's been your experience with this? Add your comments below and contribute to the conversation.