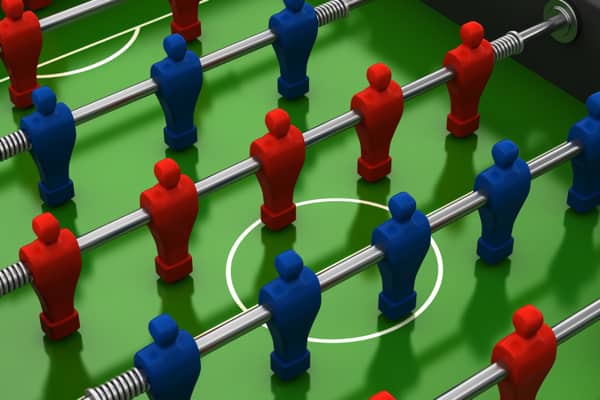 Imagine for a moment that you’ve been leading a team that has consistently had a difficult working relationship with another team in your organization. The other team is led by someone else…and you inherited bad blood that has been ongoing for years.

Then, you suddenly find yourself with an opportunity to sit down with the other team and mend fences. What would you do?

That’s exactly the situation that one of my clients found themselves in recently. She wasn’t sure how to make the most of the opportunity, so she reached out to me. We discussed five steps she could take to get started.

Here’s what we discussed that may be helpful if you’re in a similar situation:

Be realistic
When I asked how she would measure the meeting’s success afterwards, my client stated that “getting everyone on the same page and rebuilding trust” would be a good outcome. After dialoging more about the years of conflict between the teams, she realized this wasn’t a realistic goal.

Many of the leaders I work with are high achievers and want immediate results. That’s an admirable quality and useful in many leadership situations. It’s also important to stop and recognize that conflict and mistrust that’s built up over time will likely take many months (or years) to adjust.

Diagnose first, prescribe later
The old mantra in the medical profession is:

“Prescription without diagnosis is malpractice.” -Anonymous

This is just as true when trying to influence complex situations with people. Aim first to discover what’s happened before deciding future actions. Listening carefully now will make the path clear later.

My client ultimately decided to spend most of the meeting asking questions and taking notes.

Act on reasonable requests
Focus on finding something during the meeting that seems to be a reasonable and obvious change you could implement. It’s almost always the case in these situations that both teams bear a portion of the blame (even if one is more at fault).

Listen for a reasonable request that your team or you could implement quickly to help out the other team. This builds trust by demonstrating you are willing to take action to solve problems.

Push back on unreasonable requests
This step is often missed by leaders who say, “Let me think about it,” to completely unrealistic requests. If you hear something unreasonable from the other team, explain that it won’t happen and why.

People might not like the answer, but they’ll respect it more in the long-run and reduce false hope.

Follow-up fully
In a low-trust environment, people watch you like a hawk. Lock yourself in a room after a meeting like this and make the list of actions you need to take. Ensure that those actions and the forthcoming results are shared with both teams.

Which of these five would be most valuable for you to act on? Post your answer in the comments below.