A number of years ago, I was facilitating a half-day training with a corporate client. In was an ongoing series that anybody in the company could attend. 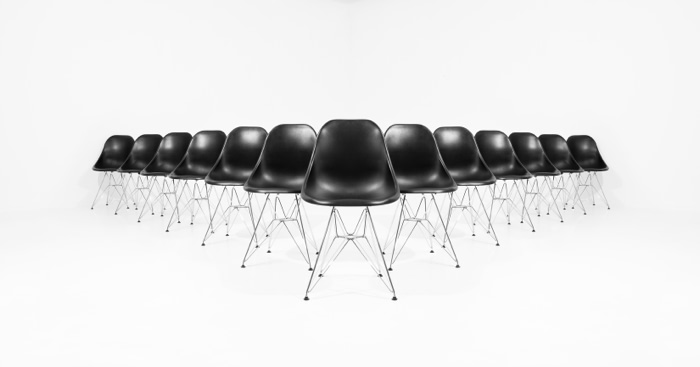 Although he hadn’t attended previously, one of the senior vice presidents of the company made it known in advance that he was coming. When he arrived, he took a seat right in the front row.

He asked questions he didn’t know the answers to, he got fully involved in every exercise, and he encouraged others as they were discovering new skills. If he had a phone with him, he never looked at it. Exactly the kind of participant that every instructor likes.

…except that it almost never happens.

In my ten years in the training industry, it’s the first and only time I have a clear memory as an instructor of a senior leader fully engaging themselves in a classroom experience.

When they show up, most managers sit at the back of the room or close to the exit. They use a variation of the phrase “here to observe” when asked about participating or dialoging with employees. They vanish for long stretches of time outside the conference room to take calls and answer emails.

I’ve also noticed a correlation between a person’s title and the amount of time they spend with their nose in a smart phone near the back of a room.

I’ve seen this play out hundreds of times over the years. The same patterns emerge in employee presentations and conferences too. The more authority the person has, the less likely they appear engaged.

When I think back to that senior vice president many years ago, I can’t help but remember how excited employees where there to see him there.

More people attended because he was attending. More people participated in the discussions because he did. And, I don’t think it’s any coincidence that he happened to also be one of the most respected and beloved leaders in that company at the time.

Effective leaders spend time dialoging and interacting with their best people. What better time to do that than during a training course, presentation, or conference when people are already expecting to learn and grow?

In the 2002 film “We Were Soldiers,” Vietnam war hero Lt. Colonel Hal Moore is portrayed delivering on his commitment to his troops to be the first foot on the battlefield and the last one to leave. While his role was different than everyone under his command, he was fully present from start to finish.

His dedication earned the respect of his troops, contributed to a remarkable result in the battle, and his leadership is still admired almost 50 years later.

Effective leadership doesn’t mean you show up for everything going on in your organization. That’s not practical or sustainable. Be mindful of commitments and make strategic choices about what you show up for.

But when you make the decision to show up?

[reminder]Think of a leader you know that shows up. What actions do they take (or avoid) that show they are fully present?[/reminder]