This past weekend, my wife Bonni, her parents, and I saw Tony Bennett perform at the Orange County Performing Arts Center. 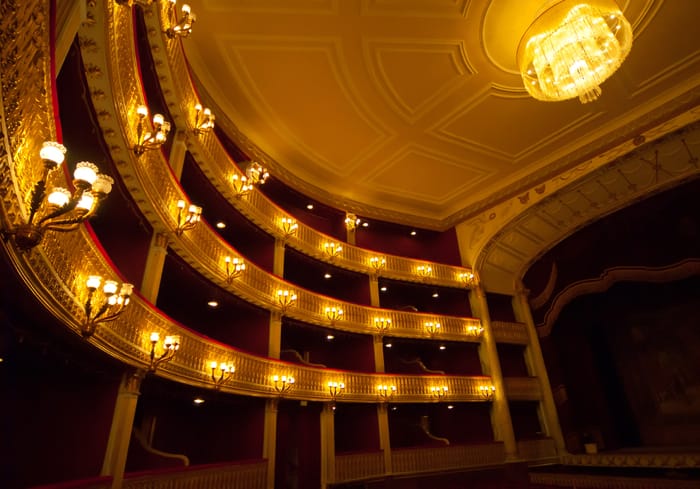 He is 88 years old and still performing regularly.

It’s not just his age that’s impressive. He’s had chart topping releases in each of his six decades of music (including his new Cheek to Cheek* album with Lady Gaga).

With his unparalleled success and career longevity, most anyone would forgive him a slip of a note or a missed lyric at his age.

At several points during the concert, I closed my eyes and just listened to Bennett’s voice. It was as clear and pitch perfect as any recording I’ve ever heard of him. He never missed a note.

Lots Have Talent, Few Have Enthusiasm

No doubt Bennett’s voice is world class. So is his enthusiasm.

Just as striking as his voice is Bennett’s stage presence at 88. He danced. He spun. He talked up his band. He joked with the audience.

He finished the concert by singing “Fly Me To The Moon.” And at the end of the song, he suddenly put down the microphone and sang directly into a concert hall of thousands of people, stacked three stories high.

We’ll never know the kind of career Tony Bennett would have had without this kind of enthusiasm. However, like most talented people, he’s had his share of down times too. Where talent alone may not have carried him, enthusiasm likely did.

How Do You Act When Nobody’s Watching?

Dale Carnegie called enthusiasm the “little recognized secret of success.” It is often the difference maker between the exceptional and the mediocre.

Certainly you know people who are very talented, but get excited about things only when they need to, or when the boss is in town visiting, or when it’s time to put on a show for the customer.

That’s excitement. There’s nothing wrong with excitement, but it’s no substitute for enthusiasm.

Enthusiasm in the inspiration you feel inside and tap into, whether people are watching or not.

The Decision for Enthusiasm

Bennett had to decide at a dark point in his career if he was going to transition to sing more contemporary works or stick with his traditional sound. He tried the former in the late 70’s and it backfired. He found voice again in his roots, after a decision to meet the younger generation where they were, on places like MTV.

He mentioned in the concert that he still turns down pressure to do more contemporary songs.

Ultimately, you need to make your decision for enthusiasm as well. Are you just getting excited for the moment? Or, are you willing to zero in on what you do best so you keep the fire burning internally in all your work?

Have You Made a Courageous Decision?

What difficult decision have you made in the past to tap into your enthusiasm? Post your response in the comments below.