Several years ago, Bonni and I visited Best Buy the day after Christmas. I was both impressed and stunned at what I saw.

It wasn’t the returns line itself that surprised me, because of course we expected it. It was the sophistication of the operation. 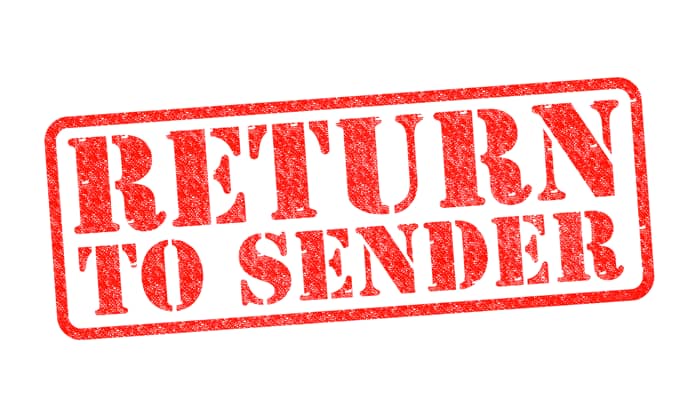 Best Buy had sectioned off major parts of the store for processing returns. Customers returning items were directed to a different entrance to get them into the line quicker. The massive team of clerks processing returns far outnumbered those for new purchases.

When I saw the line, I though we’d be there for hours…but the efficiency of the operation had us on our way in just a few minutes.

It got me to thinking how systemized we’ve become on ridding ourselves of things we don’t need. Not working for you? Get rid of it. Not what you wanted? Send it back.

Even the phrase “New Years” was trending early this morning on Twitter, as I write. The sun hasn’t even risen on December 26th. How quickly we move on to the next thing.

Daniel Pink mentioned on my podcast earlier this year that he’s become fairly ruthless on not working with people who aren’t producing the results he wants. I’ve heard many other respected business leaders make this case as well. If someone isn’t making the cut, they are diligent about saying goodbye finding the person who will.

I agree with this philosophy. More managers need to be forthright and clear about people’s performance and take action when it’s clear things aren’t working. In the long-run, that’s best for all parties.

However, a lot of us have only half of the equation correct on this. By all means, take action when things aren’t working, but also take action to make things work.

Almost every organization I’ve worked with that claims an issue with “employee engagement” actually has an issue with manager engagement. Companies hire individuals or put together teams of people, and give them tons of attention when things are not working. When things are working well enough, many are left alone. Many times in my career, employees at clients have told me they barely know (or even see) their manager.

In their book First Break All The Rules, Marcus Buckingham and Curt Coffman cited the massive research work that Gallup had done showing that the best managers spend the most time with their best people. It turns out they play favorites too – and don’t worry about correcting people’s weaknesses. They take the time to invest it what people do well and help them do more of it.

However, just as lots of us decide to return something long before we’ve tried it even stopped to think about the time and effort the giver invested, we also fail to engage with people.

How many of us are highly engaged in giving time and attention to those entrusted with important work? Do we give full engagement on our end too, or do we figuratively set people aside the with the same care of a gift we don’t want?

By all means, ensure that people you manage meet your high expectations. Just be sure you’ve also done your part to support them in doing it.

[reminder]What actions have you seen a manager take that demonstrates their investment in you?[/reminder]