My first job with any major responsibility was as a resident advisor when I was a junior in college. I was responsible for 40+ guys on a floor, plus another part-time job, and (of course) my studies. 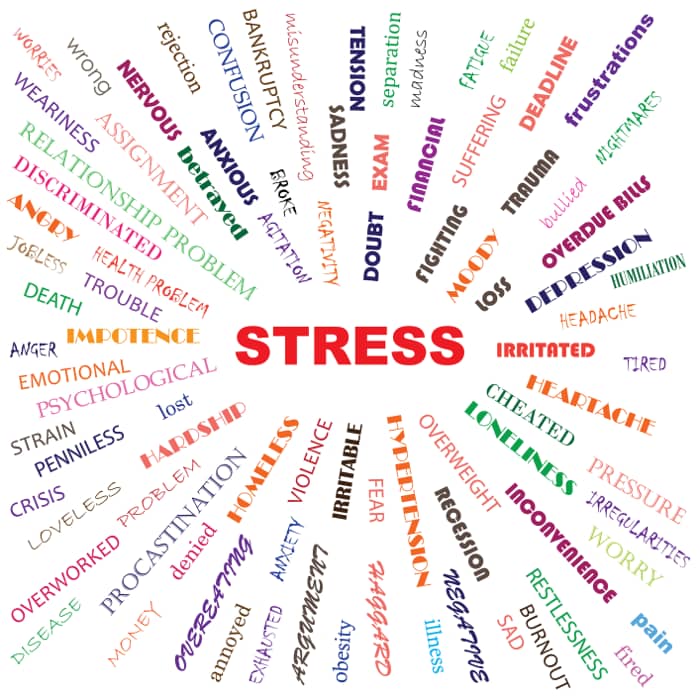 Halfway through the year, I’d had enough.

I liked what I was doing, but I couldn’t keep my head above water. The stress of a heavy course load and two jobs had taken its toll and I was behind on everything. I walked into my director’s office as the semester break neared and announced my intention to resign.

After encouragement from her and coaching from others, I later concluded that I could finish my commitment. The incident led me to establish a framework that’s helped reduce stress and keep good productivity since. Here are five things I discovered that I still use today and coach others on too:

Engage With Others
Isolation is the root of all perspective loss. I discovered this when I attempted to quit and, through conversation with others, realized that virtually everyone on the staff was having the same issues I was. A few friends quickly pointed out small changes I could make that added up to a lot. A coach I hired gave me the tough perspective that I needed to hear.

The vast majority of us put more stress on ourselves than we ever get from others. Dialoging with people we trust about what’s causing stress is a good antidote to the downward spiral virtually we’ve all fallen victim to.

Delay Major Decisions
It’s tempting to make major changes in the midst of chaos. Rarely does this work to our benefit. In retrospect, I spent more time talking about whether I should quit my job those many years ago than it would have taken to sit down and get organized.

Someone wisely pointed out that quitting halfway through the year would require a lot of explanation to my guys in the short-term and even long-term to potential employers years later who might see it on my resume. It would have been a bad move…and the choice I struggled with seemed obvious only weeks later.

With rare exceptions, get out of panic mode first and then decide if major things really do need to change.

Write It Down
I know of no better stress management technique than getting everything down in writing. Once I see it visually I can organize it, book it, list it, task it…anything but stressing about trying to remember what needs to be done.

If you’re in overwhelm right now, take 15 minutes to get everything out of your head and onto paper or a blank computer file. Then, start working the list until you get more control and can realistically do some longer-term planning.

Writing it down convinced me I could keep my job and I’ve used it many times since.

Stop Something During Bad Weeks
These days, I can see a stressful week coming a month out since I plan well in advance. I’ve learned to take a temporary break on regular tasks that can wait during a busy week.

Cooperating with busy weeks is far more effective than trying to be a hero. Make a list of at least five things you can set aside during a week when you’ve got too much on your plate. Losing sleep and working crazy hours isn’t sustainable (I’ve already tried many times and lost).

Do The Best You Can – And No More
Dale Carnegie advised a century ago to “do the very best you can.” Once you’ve done your best, what more could you possibly do?

At some point – perhaps today – we all need to stop and acknowledge when we’ve done our best and then let go of whatever imperfect result it might have generated.

[reminder]What’s given you quick relief during your most stressful times, either professionally or personally?[/reminder]