Over the weekend, a colleague named Lew that I worked with at Dale Carnegie passed away after complications from surgery. The team had every expectation the surgery would go well and that he’d be back at work in a few weeks. Lew was with the company almost 20 years and is in many ways the heart and soul of the office. 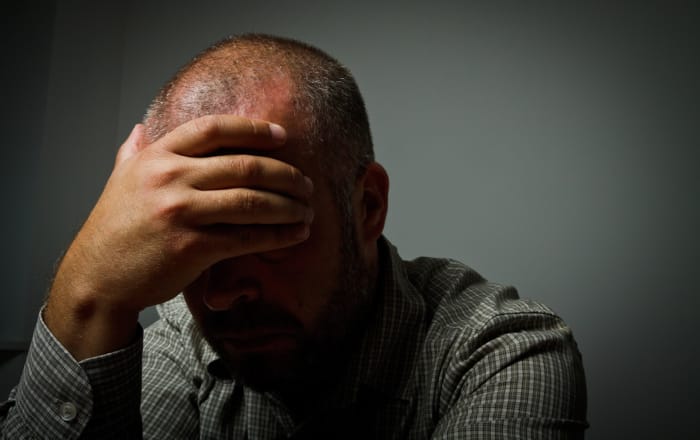 Across the country, people I’ve never met are grappling with the loss of colleagues and loved ones from the mass shooting earlier this week in Washington.

It obviously wasn’t my plan to write about this topic and a few weeks of reflection would probably make this a better article, but as these are very real moments this week, another topic doesn’t seem appropriate.

I’ve been through several seasons of workplace grief in my career…and it’s always hard. No leader trains for these situations, rarely expects them, and often feels paralyzed by them when they happen.

For too many leaders, the harder they work to help people navigate grief, the worse they make a situation they are only trying to help. While there are no perfect answers, I’ve both observed and learned over the years that a few things almost always help:

Let People Navigate Grief In Their Own Way
There are about as many ways to deal with grief as there are people who will grieve. I’ve seen every reaction to a tragic event – tears, silence, anger, massive productivity, complete loss of productivity, even attempts at humor.

Give people more grace than normal to respond in their own way, provided they aren’t hurtful to themselves or others. Outward expressions of emotion don’t necessarily correlate with how people are inwardly affected by the tragedy.

Also recognize that people might not seem themselves for awhile. For example, I’ve caught myself being overly cynical all week (just ask Bonni).

Guilt is a normal part of handling grief. Give yourself and others space to deal with guilt. It will come up and it will be present, even if it’s never discussed. Avoid making judgments on how others deal with guilt. Everyone is doing their best to navigate uncharted waters, as are you.

Expect That Grieving Takes Time
I know of at least one situation where a manager suggested to her team that there was a defined time to grieve after a tragedy and then work would resume. She intended to communicate that people had space to grieve, but instead it came across as controlling and cold.

Never in the course of human history has anyone been able to get a group of people to process grief at exactly the same time…and you won’t either. Of course work must eventually go on, but attempting to define when people should feel grief only prolongs it. Some people will navigate grief quickly…others may linger with it for years. And, you’ll almost certainly be wrong if you try to predict how much time it will take.

Get Outside Help
It’s hard enough to lead in good times – almost impossible when others (and you) are experiencing loss. Few of us think clearly in the midst of tragedy.

When I was in high school, a beloved teacher was killed in a plane crash during the school year. One of our other teachers called in a counselor and used class time to process people’s thoughts and reactions to the tragedy. I knew both the teacher and a family friend who were killed in the same crash, and I remember it being the most helpful conversation during that tragedy.

It was a very courageous move by the teacher to bring in someone else who had the expertise she didn’t to help people have the conversations they needed to have. Seek out resources both inside and outside your organization that can provide the perspective and expertise you can’t. Lean on human resources professionals to provide you with options.

Lend An Ear, Not Wisdom
I’ve had well-meaning people offer me advice during times of grief that absolutely made my blood boil. Any wisdom starting with things like, “You should…” or “I think what would help you work through this…” or “At least he is in a better place…” is off-limits.

Don’t force people to talk, but take time to listen and give people a venue to be heard. One brilliant decision that our local Dale Carnegie president made this week is to host a breakfast with no business agenda just to give people a chance to talk about and remember Lew.

I pray that you never need the advice above. I also know that realistically, someday you probably will.

[reminder]If you’ve navigated a tragedy in the workplace before, what helped you with your grief?[/reminder]