A number of years ago, a participant in a training program were we running approached one of my colleagues with a problem. She said:

My desk is in a central area right outside a major conference room. Every Tuesday morning, all the managers parade past my desk for their weekly staff meeting. One of them always grins widely at me, sticks his thumbs up in the air, and says ‘good job!’ as he runs by. He does the same thing when he leaves. It’s gotten to the point where it’s annoying and condescending. This has been going for months. What can I do? 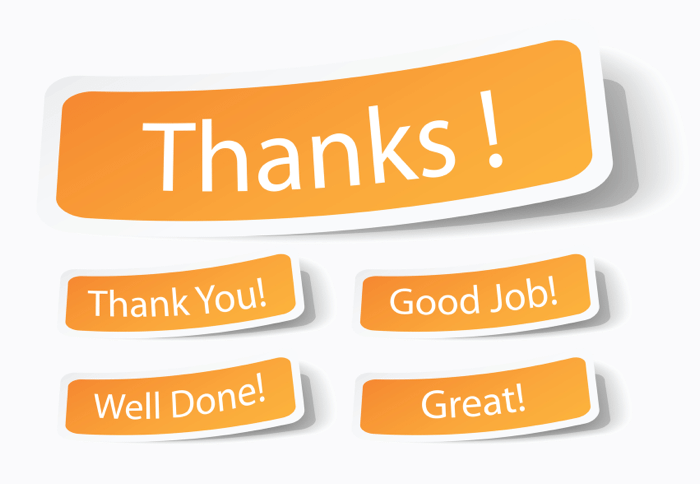 My colleague suggested that the next time it happened, she respond with one question. “Just try asking him, ‘How so?’” he offered.

Sure enough, the next week he came by again, sported the cheesy grin, gave her the thumbs up sign and exclaimed, “Good job!” as he walked by her.

This time, she immediately replied, “How so?”

She later told us that he stopped dead in his tracks, replaced the grin with a scowl, and replied, “What do you mean, ‘how so?’” and then stuck his thumbs on the air even higher and with angrily barked “GOOD JOB” before storming into the conference room.

While we all had a good laugh about it later, the incident highlights a serious mistake that a lot of us make when giving trying to be grateful:

We skip the details.

While typically not as extreme as the above example, it’s commonplace to hear things in the workplace like, “Good job” or “thanks for your hard work” or “glad to have you on the team.”

However, to a lot of people, kind words sound hollow and insincere without evidence to back them up. After all, anybody can go into any office in the world and say things like, “Good work” and “great job.” It’s better than nothing, but it doesn’t demonstrate anything other than a belief that you should say nice things about people once in awhile.

The most effective leaders follow-up a statement like “good job” with a specific, clear example about what the other party did to earn the praise. Only someone who was paying attention to that individual and aware of their unique and specific contributions can do that. It demonstrates genuine and real care. (I published an article a few months ago with a 3-step process on how to do this).

Start this practice on Thanksgiving when someone asks what you are grateful for. Identify what that is and then give a specific, detailed example of why you are grateful for the person, situation, or thing you mentioned. It might kick-start a fun and meaningful dialogue.

[reminder]What’s a specific example you can cite when telling someone why you’re grateful?[/reminder]