Years ago, I was halfway through the leadership topic of a workshop I was conducting when someone posed this question in front of the group: 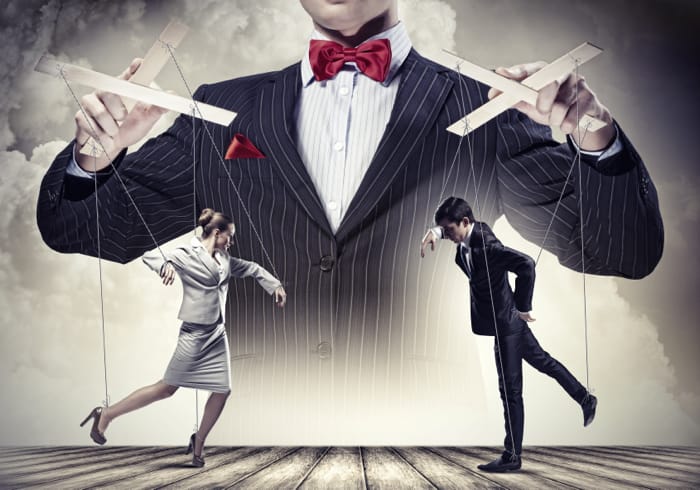 So, what’s the difference between leadership and manipulation?

It prompted a discussion among those present and a comment from me that sounded sensible in the moment. I’ve long since forgotten what I said, but clearly remember not being happy with my response and realizing that I needed to develop more clarity on the distinction.

Of course, I knew there was a distinction between these two things, but struggled to articulate the dividing line. The “you know it when you see it” answer may suffice for the Supreme Court, but seemed lacking for everyday leaders seeking practical guidance.

There are, of course, many things in common between leadership and manipulation:

I finally got clarity when someone made the case that you need to be getting at least as much as you are giving from relationships (both personal and professional) in order for them to be sustainable. While sounding selfish on its face, he argued that a relationship where one party gives without receiving much in return only breeds resentment over time.

I suddenly realized that manipulation is the exact opposite.

Manipulation is what happens when we influence someone to do something and only we benefit from their actions.

Leadership, in contrast, works to ensure that both parties benefit.

I’ve noticed at least three truths since clarifying this distinction:

1. Intention Does Not Equal Impact
Many of the leaders I’ve worked with over the years don’t ever intend to manipulate, but in reality, most of us have on a number occasions. Poor execution of work, unplanned organizational change, and variables that were outside of a leader’s control often contribute to this.

The intention behind what happened is of little consequence to party who feels manipulated. When this disconnect happens, the best leaders acknowledge it and dialogue openly with their followers so everyone can move forward.

2. The Opposite Of Manipulation (Resentment) Is Just As Bad
Some leaders are so fearful of manipulating that they overcorrect and consistently error on the other side. They generally think of followers first and defer to whatever is best for them, often at the expense of the leader’s broader organizational goals.

Focusing primarily on how followers benefit means that the leader doesn’t meet their goals. Often, this results in the leader creating tons more work for themselves, missing objectives, and feeling regular resentment towards their team. People love working for these leaders of course, but they either don’t last long, since poor performance isn’t sustainable, or (perhaps worse) chronically work and live on the cusp of burnout.

3. Run The Marathon
When training for a marathon years ago, I quickly learned that how well you run up one hill is inconsequential to overall performance in the race.

Of course there are times you will inadvertently manipulate others. You will also, at times, resent the fact that others are benefitting more than you are.

The best leaders I know don’t get too hung up on either extreme when they happen, despite good intentions. They acknowledge the challenge of the moment, address it if appropriate, and get back to the bigger race.

Are you running the bigger race? If not, what change can you make to more consistently ensure that both parties (leader and followers) benefit?