About ten years ago, Bonni and I boarded a plane to Chicago to visit my parents for Thanksgiving. We left Orange County on what we supposed to be a three and a half hour flight to O’Hare. 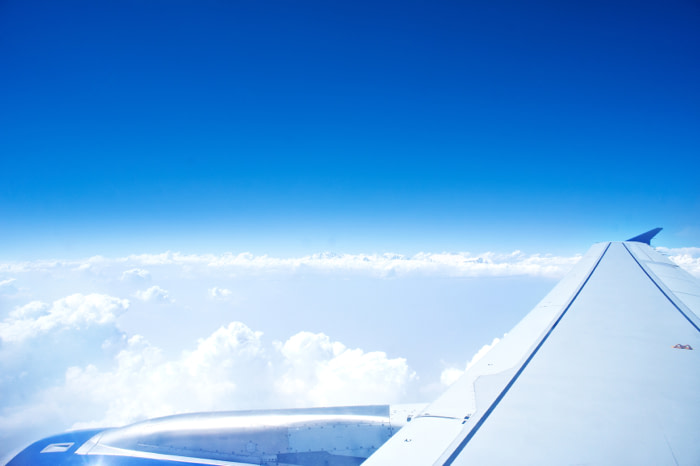 Seven hours later, we were on the ground in Milwaukee. As happens a lot during that time of year, Chicago got hit with snow while we were in the air.

While inconvenient, I remember being impressed with the pilot’s handling of the trip. We received regular updates during the journey and, unlike other flights I’ve been on, we got information quickly and clear explanations from the pilot on why he was making the decisions he made along the way.

It also highlighted the difference between management and leadership. Management is following all the checklists and getting the plane safely to the destination, as planned. Leadership is determining what to do and where to go in an uncertain situation.

A client talked with me this past week about having a tough time getting people to engage during a difficult transition in his organization. In particular, he’s noticed that people are quiet in meetings, which is making progress on all their projects much more challenging. “What can I do to re-open communication?” was the question to me.

Lack of communication is probably a symptom of the more likely problem: fear. Here are four things I suggested:

Lead First, Manage Second
Many effective leaders I know are good managers too. They have solid processes in place that they follow consistently in order to get their teams to achieve a long-term vision.

But during times of uncertainty, it’s secondary to leading well.

On planes, nobody would care much about the management of turbulence, food service, or arrival time if they didn’t know where the plane was going. The destination is the whole point of the trip. People don’t fight to get an aisle seat on a plane bound for nowhere.

In times of change, people need to know where they are going…or at least as much as you know. Tell people what you can and demonstrate how you are working to figure out the rest.

Acknowledge The Elephant
The angriest I’ve seen people on aircraft is when it’s clear there’s a delay and then no explanation from the pilot. Frequent fliers quickly recognize something that isn’t right.

People in your organization know when something’s not right too. The temptation for a lot of managers is to not engage people when they don’t have all the answers.

When it’s obvious something is changing, good leaders acknowledge and discuss it. Rarely is all the information available or disclosable, but ignoring the elephant only ensures that it will do more damage in the end…much like a silent pilot only collects angry passengers.

Listen To People
I’ve never been on a diverted flight where people didn’t want to talk to their seat mates, flight attendants, cockpit crew, Aunt Kathy on the phone, etc. about it. Many of us have a natural inclination to be heard when change is happening, even if we know it won’t lead to immediate answers.

Find a way to listen to people during uncertainty. If not appropriate in larger venues, engage 1:1 and ask what they are thinking about the change.

People will talk regardless. If you aren’t listening, they’ll just talk behind your back.

Explain What’s Next
In the absence of information, people create their own stories. I’ve sat next to people on airplanes who had zero knowledge of aviation but suddenly became experts on piloting when there wasn’t a timely update.

No leader has every answer in any situation, but every leader can explain what they know and the decisions they are making. Left to their own devices, people will quickly create inaccurate and erroneous stories.

Neither pilots or managers ever have all the answers…but good leaders in both situations know to engage proactively so they have trust with their followers when it’s time for action.

What do you want to hear from a leader in a time of uncertainty or change? Leave a comment below.