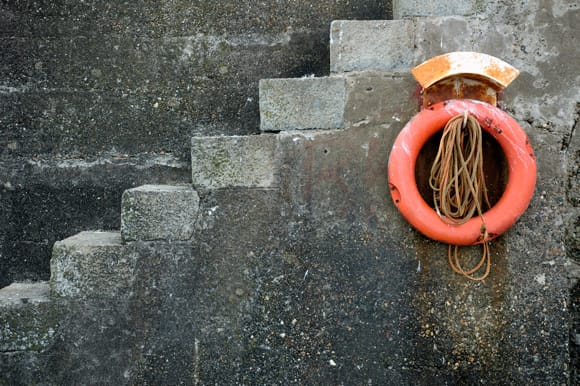 A number of years ago, I was teaching a leadership class at a client site for the first time. Since it was a new class, I was taking care to make sure every detail was right and people got tons of value. I arrived early and began my setup.

A sinking feeling started as I placed materials on the last few seats in the room. I had set out 25 chairs (5 groups of 5), but only had enough materials for 20 participants.

Normally, I could simply have had a few people share materials (embarrassing, but not tragic). However, the entire first class was built around written assessments that each participant completed individually. No materials, no class.

I went to my car to see if I had left them in there. Empty. I checked the entire hallway to see if I had dropped a box. Nope. I called our client’s security office to see if someone had found them. Nothing.

There wasn’t enough time to drive back.

Thankfully, I caught our operations manager by phone on her way out the door. I tried my best to explain the situation without pointing blame (even though it was her job to be sure materials were counted right). She suggested I check all the places I already had, while insisting the correct number had been packed.

We quickly concluded that it didn’t matter where the manuals were since I’d already checked the obvious places and the class started in 30 minutes. Somehow, she pulled together copies of all the materials, got on the freeway, and arrived at the client site just as participants were walking in. I ran outside and met her on the road.

By the time I made it back through security, all the participants had arrived. I walked into the room like nothing had happened and started the class exactly on time. I confidently opened with a story about leadership…

…and was horrified by what I saw.

There was the entire room of 25 people, listening intently to what I was saying…along with five empty chairs. I had set 6 groups of 5 instead of 5 groups of 5. The materials had been there the entire time. #multiplicationtablefail

Needless to say, there was a bit of explaining to do afterwards.

I’ve witnessed many situations over the years when smart people didn’t take five extra minutes to examine a situation fully, get all the facts, and then respond in an appropriate way. Too often, many of us panic, start barking orders, and pick up the pieces later.

My situation ended with a good laugh – but bigger problems don’t, especially when projects and jobs are on the line.

Stop reacting and take five minutes to get the facts about an issue before doing anything. If you do, you’ll maintain relationships and trust after the emergency.

What can you do to remind yourself to get the facts? Share your answer as a comment below.