A friend of mine was working for a small software company years ago and was attending an all-company retreat. When everyone returned from one of the session breaks, they found the CEO and the COO of the company engaged in a heated argument. 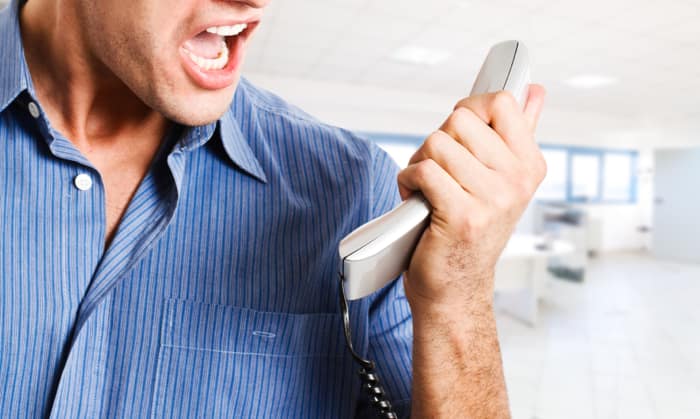 The attendees initially assumed it was a skit for the retreat, since it didn’t seem feasible that either would pick a fight in front of the entire company.

Turns out, it was real. Guess which one of them wasn’t employed after the retreat?

It’s a scene that plays out in organizations all the time, albeit rarely that publicly. We’ve all lost our temper and said things that we later regret. Here’s what to do when you find yourself in the midst of anger:

Find out what happened
We’ve all seen people react angrily before they fully understood what was happening. Our brains are hardwired to jump to fast conclusions when emotions are running high. Sometimes, the wrong ones.

When someone is angering you, start by asking questions about what happened. Get as many of the facts you can before you respond. Go talk to other people involved too. Chances are that the person who sets off your anger doesn’t have the full story either.

Decide now how to vent later
Almost by definition, the situations that make us most angry are the things we least expect. Few reasonable people have the presence of mind to think objectively during intense anger.

It’s a foregone conclusion that someone or something will anger you again in life. Rather than waiting for it, decide now the best way to vent anger when you’re really upset. My best practice is to go out for a long run – I might still be angry when I’m done, but I have a clearer head. Pick what works for you and decide on your go-to action before you need it.

Talk with listeners, not fixers
A number of years ago, a colleague of mine passed away very unexpectedly. A well-meaning person came up to me that week and said, “You haven’t cried enough. You need to embrace your emotions in order to deal with this.” Ironically, I felt like I had been dealing with the loss in my own way up until that moment. The comment only angered me during an awful time.

When anger hits, people who are only equipped to try and fix you are not helpful. Seek out the people you know who are good at being present and listening. They will help you process what happened and what to do next – and prevent your anger from worsening.

Grieve
Anger often results from loss. It could be the loss of trust, loss of funding, loss of a sense of security…and in extreme cases, the loss of work or even someone we care about.

A bunch of people in my industry get a well-deserved bad rap for trying to put a positive spin on bad situations…or advise confining anger to a certain period of time. If you anger is coming from loss, you need space to grieve in your own way. It goes without saying that you’ll move past it at some point, but people who don’t let you grieve aren’t helping and are typically more interested in just making themselves more comfortable.