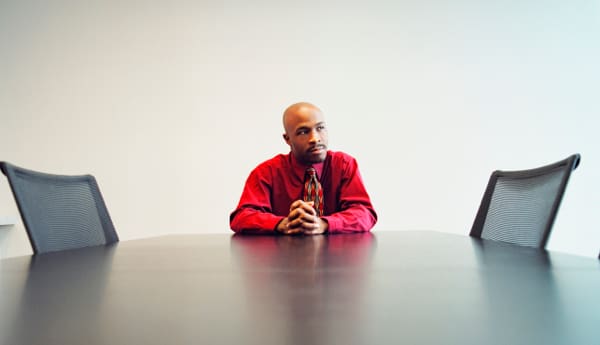 I’ve always been impressed by people who can work a room easily, seem to know everybody, and are able to ease their ideas along in meetings.

There are people who have natural personalities for this. Personally, I’m not one of them. I’m more comfortable sitting and watching, listening, and taking it all in, thank you very much. Listening is the skill I’ve used most often to influence.

But there are times that being a presence in a room is important.

I used to be under the impression that without the right personality, it wasn’t possible to build rapport quickly in a new room…or think strategically about how to influence people who might have the power to make important decisions. I just assumed a lot of this happened by chance or by having the “right” personality.

Then I received some great advice from Dale Carnegie’s teachings: Get there early. Stay late.

I’ve learned over the years that when I arrive early to present at a client meeting or interact with a customer, I get to talk to the people who show up early as well. I make it a point to introduce myself, ask their name, and find out about how they came to work in that group. I’ve long since set up my presentation or whatever else I’m doing, so I can focus on them.

Almost always, I get to meet 3-4 people before the formal meeting starts. Often, I learn something about them…even occasionally, something that’s relevant to my presentation. When the meeting is in progress later, I’ll do my best to use people’s names when interacting or cite something they mentioned if it’s relevant to the topic at hand.

After the meeting, I’ve learned to stick around and talk to people about it. What do they think about what was said? Is there something more they would like to have heard? Often, I learn about a lot of things that I would never have known about otherwise.

It took a few years of doing this until I realized the brilliance of Dale Carnegie’s statement. When I show up early and build rapport, I show people that I care about them. When I stay later and listen, I show that I care about what they think.

Perhaps you’ve been struck, like me, at how many major decisions get made 5 minutes before or after a meeting out in the hallway. It may appear that all decisions happen during meetings, but often things are going on behind the scenes. How often have you heard, “So and so were talking after the meeting and it was decided instead to…”

Do you show up early for important meetings and engage? Do you participate in the conversation afterwards? If you do, you may find that a gregarious personality is just one of many ways to influence people.

Where could you show up early or stay late this week? Tell me in the comments below.