A few months ago, I interviewed astronaut Chris Hadfield, former commander of the International Space Station. If you’ve read his book* or seen his TED talk, you might easily mistake him for an optimist. 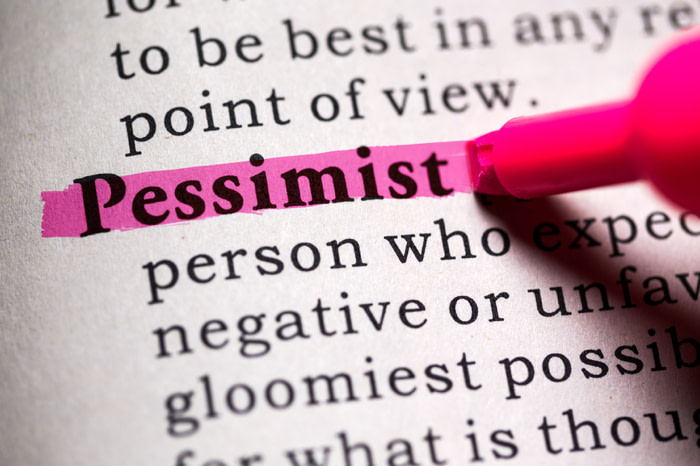 An inclination to put the most favorable construction upon actions and events or to anticipate the best possible outcome.

Chris Hadfield is no optimist. When you read books from famous leaders, there is almost always a part with a heading like “visualize success” or similar directive. In his book and in our interview, the mantra that comes across from Hadfield is clearly “visualize failure.”

The astronaut business is a dangerous one. NASA works hard to minimize the risk to a mission and crew by anticipating as many things as possible that could go wrong. They simulate problems constantly and drill crews on their responses to these situations.

Years of simulating the worst possible scenarios mean that astronauts are well-prepared to ensure an unplanned situation doesn’t become a really bad day. That’s why Hadfield teaches leaders that they need to visualize what is likely to go wrong, so they can work hard in advance to ultimately avoid failure.

It’s almost exactly what Richard Sheridan, CEO of Menlo Innovations and author of Joy, Inc.* said when I interviewed him last year. In their software development firm, the mantra is “fail faster.” They want to make every mistake possible early in the process, well before it finds its way to the customer.

In his bestselling book Essentialism*, author Greg McKeown argues that people who have not made careful choices about where to focus their time, tend to always live at the margins.

McKeown says that many people attempt to keep massive a amount of balls in the air at once and have convinced themselves that everything will always go well (since they don’t have the margin to accept otherwise). I their world, the supplier will always deliver on time, communication will always be clear, and traffic will never be bad.

When problems inevitably occur, those who assume only the best have little or no flexibility to respond…and often stumble.

In How to Stop Worrying and Start Living*, Dale Carnegie famously asks us to regularly consider and answer this question:

What is the worst that can possibly happen?

Carnegie states that the first step to avoiding the worst is fully understanding what it looks like. Once clear, Carnegie suggests that we all, “prepare to accept the worst,” in order to let go of the stress we carry.

Only then does he suggest that we should get to work at trying to, “improve upon the worst.” For a guy who launched the entire workforce learning industry, that sounds fairly pessimistic to me.

Many people could captain a ship on a sunny day, but captains are paid for their skills in the storm, when correct decisions must be made quickly, leveraging confidence and experience. Only a fool commands a ship who’s not prepared for the worst.

An inclination to emphasize adverse aspects, conditions, and possibilities or to expect the worst possible outcome.

Notice there is no mention of being paralyzed with depression and despair. There’s a world of difference between being prepared for the worst and seeing the worst as inevitable.

Effective leaders prepare themselves and their teams for challenges in order to maximize their chances at success.

Listen To Your Pessimist

If you tend to assume the best-case scenario, what actions can you take to ensure you acknowledge and mitigate what could go wrong? Post your response in the comments below.