A few weeks ago, I was participating in the annual Dale Carnegie instructor re-certification and the topic of worry came up. A discussion began on the difference between concern and worry. 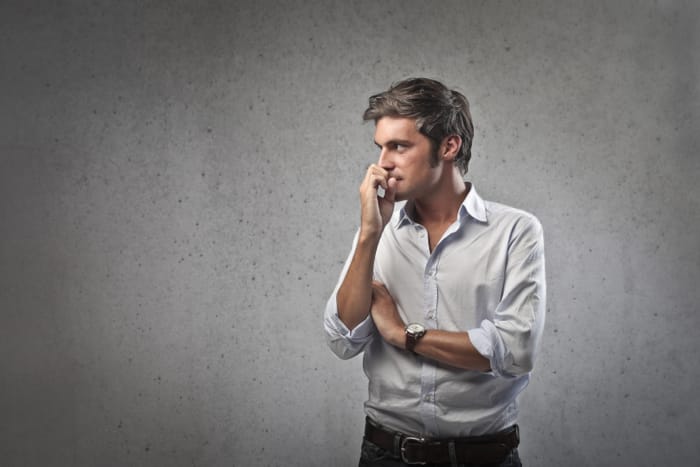 One of my colleagues pointed out that a healthy business is often referred to as a “going concern.” The implication is that a going concern is something positive, but that a “going worry” wouldn’t be.

Most everyone I know (including me) struggles with this distinction in practice. Yet, the technical distinction is fairly clear.

to think about problems or fears : to feel or show fear and concern because you think that something bad has happened or could happen

The bottom line? Concern is what we have when we plan to influence or affect the situation in some way. So, here’s how to address all your worries:

Decide if the thing you are worried about is something you chose to be concerned with (i.e. you can influence or affect the situation). If no, proceed below to action A. If yes, proceed to action B.

Action A
Decide to stop worrying and let it go.

Action B
Decide to be concerned about the outcome you want from the situation and schedule the first action to work towards that outcome. Take that action and then the next actions to ultimately address your concern.

I hope you’ll forgive these rather blunt options. They absolutely don’t capture the complex web of human emotions that come along with worry, especially in very difficult situations that require tough choices.

Like most everyone I’ve ever worked with, I have at times spent weeks, months, and (in some cases) even years processing worry before ultimately deciding on either action A or B. That said, I have yet to have a situation that didn’t ultimately lead to one of these two actions.

Thus, I’ve concluded that the sooner I can help those I influence and myself towards either A or B, the more productive and enjoyable life will be.

What about when you’ve decided to be concerned about something but truly can’t take any action yet? In that case, see action C.

Action C
Record the concern somewhere so it can be acted on when you can do something about it. Let it go until you get to that point in time.

I record ongoing and deferred concerns in my OmniFocus task list and conduct a weekly review of everything that has no assigned deadline. If I can now address it, I assign an action and deadline. If I can’t, I defer it until the next review.

Of course, action C ultimately leads back to A or B, so I work to use it sparingly for situations that truly should be deferred.

[reminder]How do you plan to track your next actions and ongoing concerns in order to free yourself from worry?[/reminder]