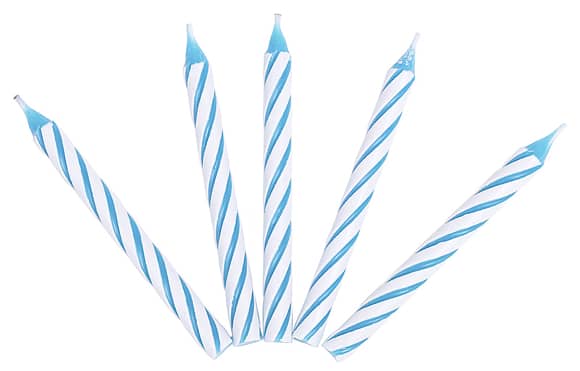 This past week was my birthday. I received a bunch of nice calls and messages throughout the day – and the best part was going out to dinner with Bonni and Luke in the evening and watching Bonni dance with him in the parking lot after we ate. The perfect day!

I received a recorded phone call during the day from a car dealer we get service also wishing me a happy birthday. Later than day, I also received an email from the same dealer – automatically generated to wish me a happy birthday again. I've also received calls on many past occasions from this dealer (always automated – always to my cell phone) when something on my record triggered a reason for an automated call.

In recent years, I've received many of these well wishes from people and organizations who wanted to recognize a birthday or other special, recurring event. All well intended – and many done via automation. Either it's an organization that's utilized some type of automated system – or an individual who's imported all the birthday dates they have of people they know into a system (and presumably paid some type of fee) to have automated letters or emails sent out.

I guess this must work for someone since everyone I know gets stuff like this – but I find these attempts at a connection odd. I barely know the name of even one person at our car dealer…so they're not reaching out to me because they love me and miss me – they are trying to keep me coming in the door. Nobody really cared that it was my birthday – a computer followed a script.

Same thing with automated messages that I received in the past. Some service triggered the date and a very generic message was sent.

There's a whole spectrum of these scripted interactions of course. Tons of people put Facebook messages of “Happy Birthday” up on walls these days – but 85% of us do it because we got a popup on Facebook when we logged in that day. I'm guilty too – I've put the obligatory “Happy Birthday” on someone's Facebook wall after seeing the reminder pop up.

It's not that any of the above is awful – but I know that I can do better. In the past, I've occasionally (but not consistently) reached out to people with a personal greeting on a special day and also shared one thing about them that I'm thankful for. When I've done this, I've found that people a really appreciative for it.

Nothing wrong with having good systems to remind you of important dates (I use many myself). My challenge to you is to take the final step to make personal connections with people at meaningful times – and share something individually meaningful beyond “Happy Birthday” or “Happy Anniversary”.

My commitment this coming year? Avoid the obligatory greetings where I add little or no value. And those that I do chose to send? Really take the time to communicate something caring.

What greetings have you received over the years from others that you found particularly meaningful? What advice do you have or the rest of us to celebrate people in genuine ways?