I was conducting a training earlier this week when one of our clients asked about handling a tough situation. He’s responsible for making sure that supplies and parts are available to a production department…but one of the parts his team oversees is late. 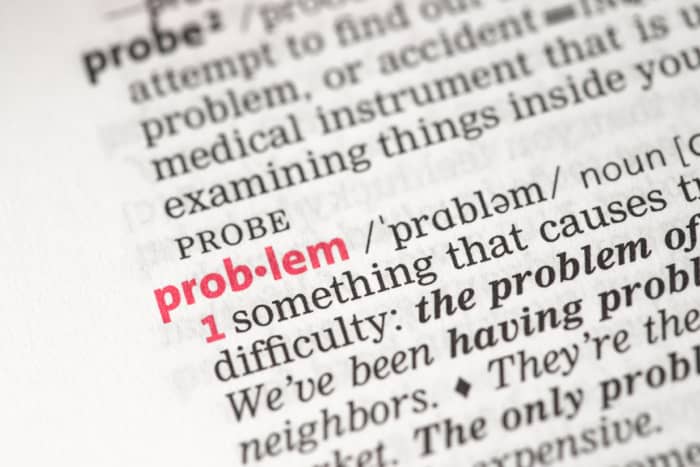 It’s a critical piece for production, so a lot of people are concerned about it. However, there’s seemingly little he can do (beyond what he already has) since the part is manufactured by another organization that is working diligently on a fix.

His question to us: “People are upset. What can I do in the meantime?”

Here are five actions to consider if you find yourself in a similar situation:

When it doesn’t work, catching everyone off guard with bad news can result in a spectacular mess. Once you’ve assembled the facts and assessed the problem, alert the people who could be impacted – especially on a high visibility issue. No effective leader has ever avoided mistakes, and neither will you.

But don’t stop there. Make a substantial increases on regular updates to stakeholders when a problem is active. Even if the update is, “I don’t have an update today,” everyone knows you are still paying attention. Nothing pours gasoline on a fire quite like the perception that you aren’t paying attention to a problem.

2. Make expectations very clear
Be absolutely certain that your expectations are clear on what’s needed to resolve the problem…both from you and the other parties involved.

If you are waiting on someone else, make the deadline and deliverables clear. Show an example if you have to. Get on the road if necessary. If they can’t articulate exactly what is needed by what deadline, it’s not clear enough.

3. What’s the option you haven’t considered?
I met a friend yesterday and the subject of a project I’m working on came up. I mentioned one of the obstacles I’m facing and he immediately suggested a solution I hadn’t considered.

With a day’s reflection, the idea seems obvious now, but I couldn’t see it until someone else looked at it with fresh eyes.

“We can’t solve problems by using the same kind of thinking we used when we created them.” -Albert Einstein

What are you missing that might be another way around the problem? Find someone you respect who isn’t in the middle of it and ask.

4. Start on the prevention plan
When the immediate issue gets resolved, the first question from others will inevitably be, “What are you doing to keep this from happening again?”

Effective leaders anticipate this question and are working on the answer, long before it’s asked. Being proactive here shows that you take the problem seriously and that you care. Get better plans and procedures in place fast.

5. Keep It In Perspective
At the end of the day, you can only do the best you can do. If you’ve done all the above and made every effort to solve this issue, additional stress won’t help.

Dale Carnegie’s advice to “count your blessings, not your troubles” is helpful at these times. Find out what grounds you and do it while you wait.