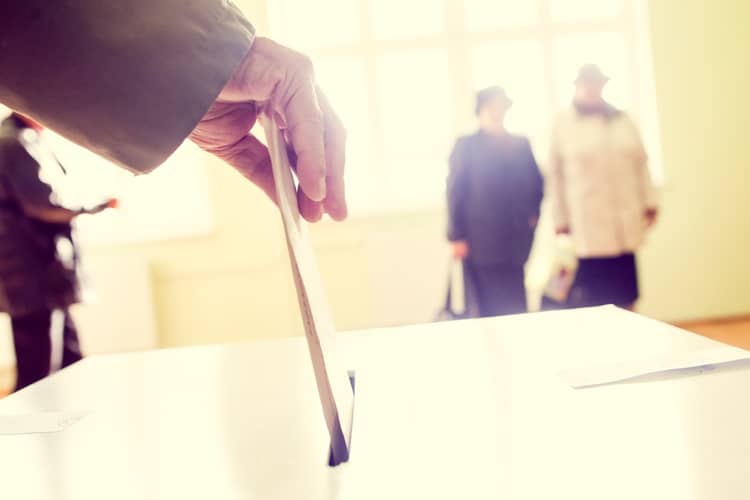 The election is over in the United States and most races are now settled. There are winners and losers and many who want to discuss results. Sometimes, these discussions show up in the workplace.

In the days to come, leaders have a chance to define how dialogue will happen in the workplace. Here are 9 rules for discussing election results at work:

1) Think twice about discussing election results – especially this week. Many of the elections here in the States were contentious and margins between many candidates were thin. For everyone who is excited about a winner, someone is equally upset about a loss. As much as we all would like to think that politics don’t affect us, it does – and some emotions are very high. Stay away from political discussions in the coming days (and long-term too, if you can). You often only succeed in salting open wounds.

So think twice…and if you’re in a leadership role, think three times.

2) You don’t know people’s political opinions as much as you think you do. I’ve seen leaders make horribly wrong assumptions about people’s politics over the years. You might think you have your entire office staff figured out. You might believe you know exactly who you can talk to about each issue.

And you will be wrong…at least some of the time. Many people (smartly) don’t want to discuss politics in the workplace, so will often go along with whatever is being discussed, even if their heart is somewhere else. This only serves to make people uncomfortable, marginalized, and even branded as something they aren’t. Even if you’re confident someone shares your beliefs generally, they might disagree on specific issues.

3) Ask yourself, what do you actually hope to gain from this discussion? Are you talking with someone because you want to celebrate? Gloat? Complain? Express anger? Figure out implications for the organization? Unless it’s the last one, the conversation is more about your goals than doing anything of value for the other party.

In cases where election results impact the organization directly, determine a respectful way to dialogue about the future implications to strategy rather than discussing the values or debates that led to the result.

4) People make assumptions about you too. The minute you reveal your political preferences and beliefs, you potentially lose half the people you lead. Some people won’t care…but some people won’t ever see you the same way and will start making other assumptions that might or might not be true. Many of us can recall tempering our enthusiasm for leaders when politics didn’t align.

5) Listen. Show respect for the other person’s opinion. If you find yourself in a political conversation, start by listening. You can listen to someone respectfully and not have to agree.

People who are celebrating want to express joy. People who are disappointed may want to express sadness and anger. Yes, it’s unfortunate they chose the workplace and you as a venue for their political beliefs, but you don’t need to fight. Often, when I take the time to listen respectfully to the other party, they rarely challenge my own beliefs.

6) Politely decline to engage. If you find yourself in a political conversation, you can politely decline to discuss it. A simple statement such as, “I’m working on a goal to set aside political discussions today,” is something that many people will honor. True, you need to engage in workplace conversations, but most people respect sidestepping political fights. If that’s a problem in your organization, talk to a human resources professional who can help you navigate this.

7) If you have to talk, stick to the facts. If you absolutely must engage someone in a politics chat, stick to things virtually anyone would agree with. “[Insert candidate/issue here] got 63% of the vote” is factual. “Your guy/gal just does’t get it,” is an opinion (since we could find plenty who would disagree). Oh, and if you’re starting sentences with, “Well, everyone knows that…” you’re almost certainly relying on opinions.

9) You’re not going to change anyone’s mind. If years of campaigns and billions of dollars in advertisements didn’t change their mind, you're not going to either. Even if you did influence someone’s opinion, it’s too late to change results. Anyone can speak about opinions – the real art of leadership is dialogue and compromise.